Before you buy Crayola Colored Pencils, I thought I would share my impressions about them and Crayola’s impressive customer service. I admit that it has been quite a while since my interaction with Crayola and I probably should have written about it sooner but I wanted to use the pencils some more before writing a review.

I hadn’t really used colored pencils since I was a middle-schooler taking geography – yes, we are talking multiple decades here. Geography class was often spent coloring in pre-printed maps and labeling the countries. The colored pencils were hard, brittle and were various shades of pale. I hated those darn pencils. You would have to color over and over the same area just to get something with the barest hint of color that was distinguishable from the colored areas/countries around it.

, we were joining the adult coloring book craze.

Mom colored directly into her book – it was printed on only one side of the paper. My book used both sides, so I copied my designs onto matte photo paper.

More on the paper later but from the first mark I made on my test paper, I was intrigued. These were definitely not those brittle, virtually colorless pencils of my childhood. They reminded me a bit of what you would get if you took a pencil and made the lead out of some mixture of lipstick, graphite and crayon. But, with a little pressure, oh the bright colors I could get! 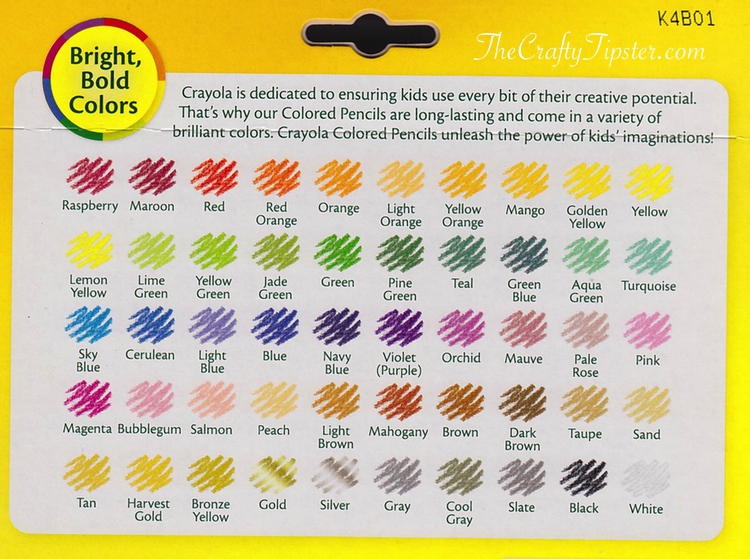 OK, so there’s the first thing that the more artistic folks would say is wrong with the Crayola’s – to get the deepest, richest colors, you need to exert a little pressure. I paid less than 20 cents a pencil, I didn’t know what to expect but I certainly didn’t think I would be getting something equal to a $2, $3, $4 or more pencil. (Mine were on sale but even the highest price I’ve seen is only 52 cents a pencil – the average seems to be around 30 cents.)

And, as an entry-level “colorist” I wasn’t looking for something that would blend like watercolors either. I am quite happy with the nice dark colors I am able to achieve for such a minimal investment. The black is even more dark than my scan shows. It lays down a solid black that almost looks like it was part of the printed design.

Wax-Based Pencils Can Be Fragile

What I did take major issue with is that I couldn’t sharpen the darn things. I’ve always liked my pencils to have a nice sharp point. The Staedler sharpeners I have used for years were tearing the colored pencils apart. I tried every stray sharpener I could find in the house. They all ate the pencils. If I was very careful, I could eventually get a point. Some just suffered and inch or so of shrinkage. Unfortunately, I ruined over half of the black pencil, half of a pretty green one and really chewed up a blue one. The wood actually split on the blue one, as you can see. (The orange pencil is out of the box new. Notice the beautiful point on the black pencil now, more on that in a later post.)

In frustration, I started reading all about colored pencils. That’s when I learned that the Crayola Colored Pencils, along with many of the far more pricy pencils are wax-based and the ‘leads’ can be quite fragile. Dropping them on the floor is a big no-no as it can ruin the lead within the wood casing. If you buy Crayola Colored Pencils, or any other wax-based pencil; Don’t drop them on a hard floor.

I wondered if they had been roughly handled during shipping or if they were just a cheaper pencil and I got what I paid for. Not willing to give up, I ordered what sounded like a better sharpener for colored pencils – more on that in a later post.

But, even though I had purchased a cheaper product, I still expected it to be usable. Regardless of how well a colored pencil lays down color or blends, it’s still a pencil and you should be able to sharpen it. I visited Crayola.com and much to my surprise, they had a telephone number. They also have the phone numbers right on the back of the box! Love that.

Spoke with a wonderful representative of the company. I told her that I was enjoying my pencils but having trouble sharpening them and asked her what sort of sharpener did they recommend. She suggested using hand sharpeners over electric ones. She asked what sharpeners I had tried and when I gave her what amounted to a laundry list, she offered to send me new ones. New ones?

New ones meant a new box of Crayola Colored Pencils and one of their sharpeners. Color me impressed!

Sure enough, a few weeks later, I received a package from them with a new box of 50 pencils, a little sharpener and an apology.

In the meantime, the sharpener I had ordered came in the mail and is working great. I’ve not tried the one Crayola sent, but I’m very much enjoying my colored pencils now that I can sharpen them.

They do blend if you are patient and work with layering the color on gently.

Artists often talk about using burnishing pencils for blending. I found that the burnishing pencil sometimes rubs off the wax these pencils lays down on the paper before it really blends the colors. It can create a mottled look to the wax that will almost force you to remove all of the wax which also removes most of the color. Worse yet, adding more color on top only causes the melted wax look to get even more noticeable.

I found layering to work much better. It did take quite a few layers, a bit of patience and several colors. Blending with the white pencil, included in the set, worked far better than using the burnishing pencil. Yellow and red should make orange; and it does. But, it looks much nicer when a bit of orange is used too. Keep in mind, 1 – I’m new to this and 2 – the scanned image is larger than the original and therefore shows every little mark of the blending = it looks better in real life but this shows you more detail. 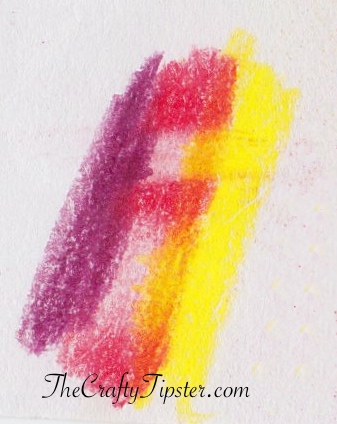 From what I’ve been reading, colored pencil erasability comes with a bit of a trade-off – the more color the pencil lays down, the less you’ll be able to erase it.

I drew a bit of a scribble and then erased across it with a regular eraser (top) and one of those rubber, kneaded erasers (bottom). I then scribbled a darker and lighter color over the original, leaving a bit of the erased area without a second layer of color. As you can see, a lot of the color was erased but it definitely leaves a bit of a stain behind.

What Do I Think About Crayola Colored Pencils?

As I’ve said, I think the colors lay down fairly nicely and I can get strong colors without having to press so hard that it gouges the paper. (Just look at that beautiful yellow in the erasing test above!)

The price seems to vary but they’re a great alternative to the fancier pencils for beginners. They’re great for children if they understand the pencils will break on the inside if they are thrown around. When you buy Crayola Colored Pencils or any other wax-based colored pencils, you might need to throw a new hand-held pencil sharpener in the cart too. (The Kum AS2, Two Hole Automatic Long Point Pencil Sharpener

is my new favorite for sharpening my colored pencils.)

I’ve seen artists work with these pencils and get stunning results and other artists call them cheap. If you plan on doing portraits or fine art, Crayola 50ct Long Colored Pencils

If you plan on filling pages with blocks of color while you watch television in the evening, buy Crayola Colored Pencils and save the extra money for munchies or more color books.