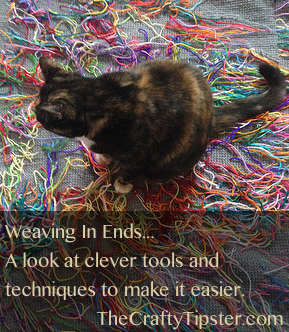 For many knitters and crocheters, weaving in ends is a tedious, time-consuming and sometimes very frustrating chore.

I enjoy embroidery as well as crochet and for the most part don’t mind weaving in ends. But, then again, my projects generally don’t have that many. At least nothing like what’s in the photo from a Ravelry friend Irina who goes by the nickname catmouse76. She hasn’t posted in a while but there’s some great stuff on her blog.

I suspect we all have our techniques for ensuring the ends don’t pop out. But, there appears to be only a limited number of options when it comes to the tools we use.

This post is the first in a series of posts designed to help my fellow crocheters find the tool that works best for them.

Tools for Weaving in Ends

I think I can now honestly say that I have tried every tool available. I have spent months ordering and gathering tools; literally from around the world. Needles from China (OK, I know, we all have those.) Specialty darning needles from Japan. Wool needles sold by a British vendor, from a German company that were made in India. English sewing needles and even Japanese sewing needles. 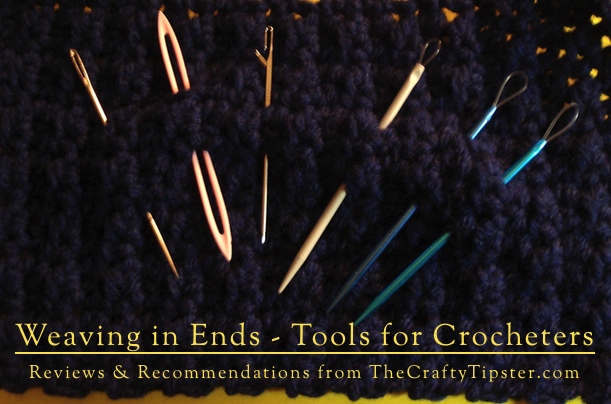 So after years of crocheting and months of testing, I’m sharing my thoughts about the different products, types of products and which ones will be a permanent part of my tool chest.

Unfortunately, I’ve not really found a perfect, works with everything solution. But, my experimenting with the various tools has led to finding a new favorite.

When it comes to weaving in ends with crochet thread and fine yarns, it seems the best option is sewing needles. The frustration for me is that darning needles have the right eye size but they’re all blunt-tipped. They don’t split the yarns which would help secure the end better. If I could find a sharp-tipped darning needle I’d be one happy hooker. Check out my discussion about Weaving in Ends with Sewing Needles to learn more. 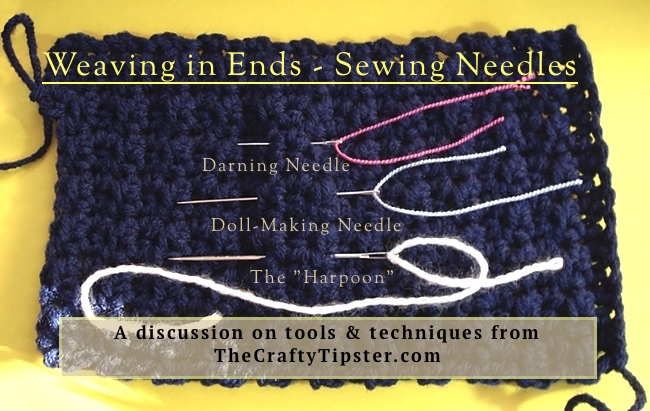 I looked all over and think I’ve now tried all of the different tools available to crocheters and knitters for weaving in ends. In the posts that follow, I share my thoughts about them. They all work, in their fashion. They do weave the yarn in between your stitches. But, I rate one a total fail. Another a maybe and will be adding one to my tool box permanently.